Monitoring Dredge Operations along the Quang Ngai Coast in Vietnam

The Hoa Phat Group, a leading steelmaker in Vietnam, is increasing their position in the global steel market with their new integrated steel and iron production complex located in the central province of Quang Ngai. The complex, valued at over USD2 billion, includes a deepwater port system to accommodate the transportation of raw materials into the plant, and final output products outbound to other parts of Vietnam, and importers worldwide, including a number of its neighboring ASEAN countries, as well as abroad to the U.S., Japan, and Australia.

Its deepwater port and shipping lanes, which supports vessels up to 200,000 tons, are maintained by marine dredgers, which are tasked to keep channels at specified widths and depths and to relocate the millions of cubic meters of dredged material further offshore. As coastal waters can be adversely impacted by dredged sediment and other material, the Vietnamese government has passed strict laws in regulating marine dredging activity in order to prevent or minimize impacts to the adjacent marine environment. These rules include the requirement to monitor water quality in real time, in particular, turbidity and Total Suspended Solids (TSS).

Turbidity is an optical characteristic of water which is used to quantify the amount of light scattered by suspended matter or “particles” in the water. These “particles” can be in the form of living (e.g., phytoplankton) and non-living matter (e.g., re-suspended sediment). Its common units are nephelometric turbidity units (NTU) as the method is based on nephelometry. Although turbidity is not a direct measurement of TSS, a local correlation can be developed using water “grab” samples to develop a turbidity-derived TSS estimate.

To support Hoa Phat’s requirement to monitor TSS during their dredging activities, Xylem’s local partner, Reeco Tech Co. Ltd, proposed a buoy-based turbidity monitoring solution to the Hoa Phat Group, and was ultimately approved by the Vietnam Administration of Sea and Islands (VASI) and Department of Natural Resources and Environment (DONRE).

The real-time monitoring system is based around the YSI (an Xylem brand) EXO water quality sonde, which in this case was equipped with turbidity and conductivity sensors, as well as a central wiper to minimize bio-fouling risk. The real-time monitoring platform is a Tideland (an Xylem brand) SB-138P buoy, equipped with power and data transmission systems via 3G modem, which sends data every 15 minutes to the client’s server via the Eagle.io cloud-based data platform. Compliance alarms were user-defined and configured in Eagle.io to provide warnings to Hoa Phat and DONRE, in the event that TSS thresholds are exceeded.

The Reeco Tech-Xylem team provided system-integration and installation support of five (5) buoys (TD1-TD5) along the port’s adjacent coastline, where dredged material is deposited. A local installation vessel and personnel were hired to transit to site and provide installation support. Following the successful installation of the five buoys, a primer was provided to the Hoa Phat Group members for managing its Eagle.io web page.

To mitigate bio-fouling effects of warm coastal waters off central Vietnam, Reecotech equipped each EXO sonde with a YSI Central Wiper and copper guard; both have demonstrated an effective agent against data loss risks due to fouling. 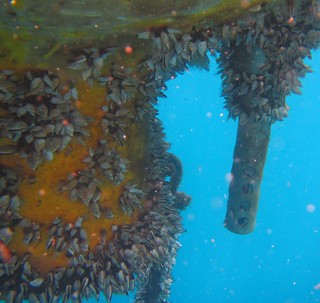 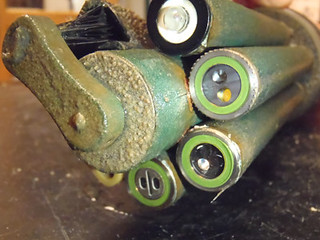 To date, the buoys continue to monitor turbidity and TSS in support of dredging operations, with positive feedback from both Hoa Phat and DONRE regarding the performance and quality of the data. Reeco Tech is also providing a regular maintenance service of buoys, on a bi-monthly basis, to calibrate sensors and clean buoys.